Third anniversary of the inauguration of the new Open Data BCN portal!

This February 2020 it's been already 3 years of the launch of the new Open Data BCN portal. Although the open data initiative in the Barcelona City Council dates from 2011, it was in 2017 when the new portal was opened that is now available to all citizens.

Open source technology, specifically CKAN and Drupal, a wide catalogue with reusable and open formats, as well as a wide range of functionalities that do not stop growing and the continuous interaction with citizens, either via the request channel, and the publishing the visualizations and applications that carry out or through the contests Barcelona Dades Obertes Challenge and World Data Viz Challenge Barcelona-Kobe, are partly the keys in this service.

For the quantitative part, the 470 published datasets representing more than 2.300 resources that make the level of data quality according to Tim Berners Lee 99% 3 stars or higher, the 290.000 sessions, 1.700.000 page views and more 2.700.000 downloads guarantee the commitment of the municipal corporation. 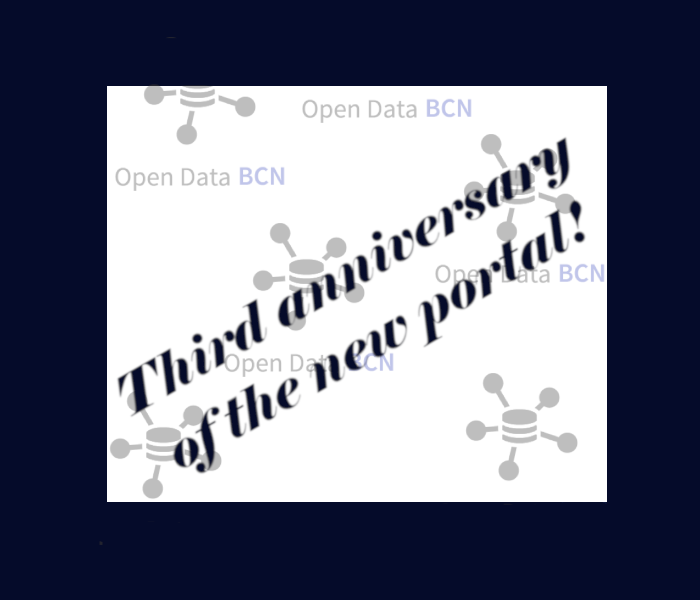