The event and the projects 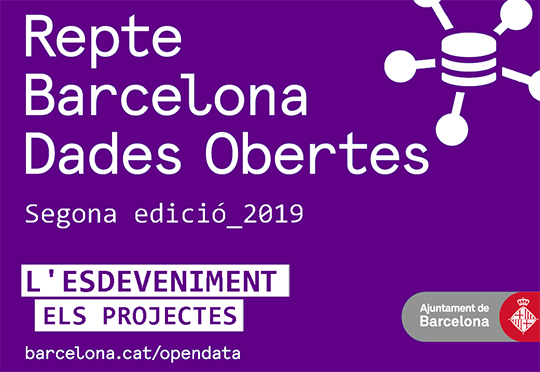 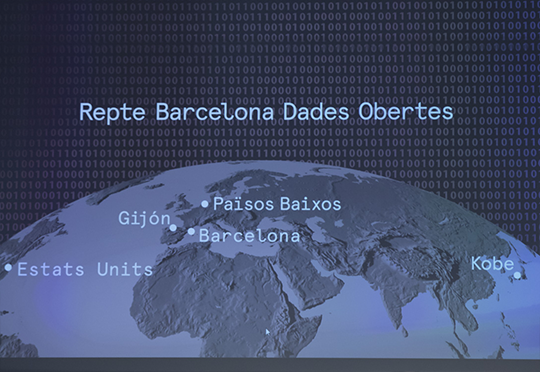 The Fàbrica de Creació de Fabra i Coats has hosted today, May 8, 2019, the award ceremony 'Repte Barcelona Dades Obertes Segunda edición_2019' and this time, as in the first edition 2018, with more than 300 attendees among young students, professors, municipal staff and other institutions and entities related to data.

The entire event took place in the auditorium of the Fàbrica de Creació Fabra i Coats, where a specific area has been set up where students from the 8 finalist centers have displayed the infographs of the work they have presented and where they have been able to attend to the questions that the audience could have done.

The act was conducted by Laia Servera, journalist and director of InfoK, the news program of the Super3, the children's channel of the Television of Catalonia. They have been accompanied by the 'Caçadores de dades' who in a very stimulating and fun way have got the participation of the attendees. Mr. Màrius Boada i Pla, Director of the Oficina Municipal de Dades, has welcomed all the attendees, thus opening the session.

The most important moment, the one that everyone expected with excitement and nerves, has been the presentation and defense of the projects by the students in front of the public and the jury. The exhibition has been done brilliantly by all of them.

This year's event has had as a novelty several interventions by video-conference of leading experts from the State and around the world. They all follow this innovative project closely and have wanted to give support and encouragement to all the participants.

Thus, Mr. Martin Alvarez Espinar director in Spain of the World Wide Web Consortium (W3C) and also, from the USA, Dr. Antje Kirchner , Survey Methodologist and head of the BigSurv18 conference. From the Netherlands Mrs. Esther Huyer, representative of the European Data Portal Consortium for the European Commission, has connected with the assistants from the Netherlands and finally, from Japan, the representative of the City Council of Kobe, Mr. Taisuke Matsuzaki has also spoken to them directly, mentioning that last November was the World Data Viz Challenge 2018 Barcelona-Kobe. Although the presentation of 2 works of the students Mr. Naoya y Ms. Wang of the university was foreseen, some communication problems have only allowed the exhibition of the first one. Watch the videos of the interventions:

The jury has assessed all the finalist works that with great effort and dedication, the students have made under the tutelage of their teachers.

The very good quality of the papers presented, and as it happened in the previous edition, has not facilitated the assessment task to the jury, but has finally granted :

The Repte Awards in this edition are focused as an experience: From Open Data to Big Data that all classmates of the winning groups can enjoy.

All the participating centers have also been presented with a commemorative award for this Second edition_2019.

Also Mr. Màrius Boada i Pla, who has been in charge of making the award, has closed the ceremony thanking the participation of students, teachers and agencies involved, announcing that, right now, begins the Repte Barcelona Dades Obertes Third edition_2020. 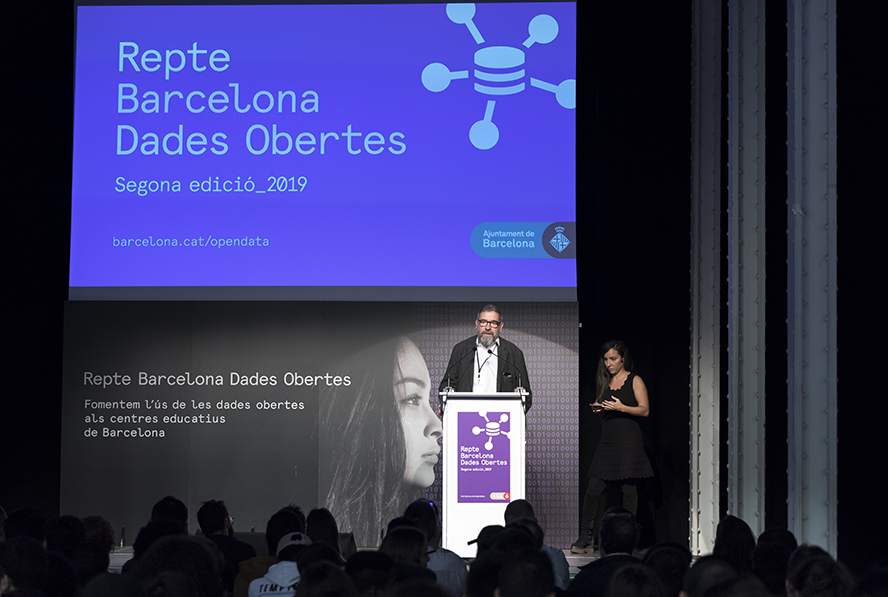 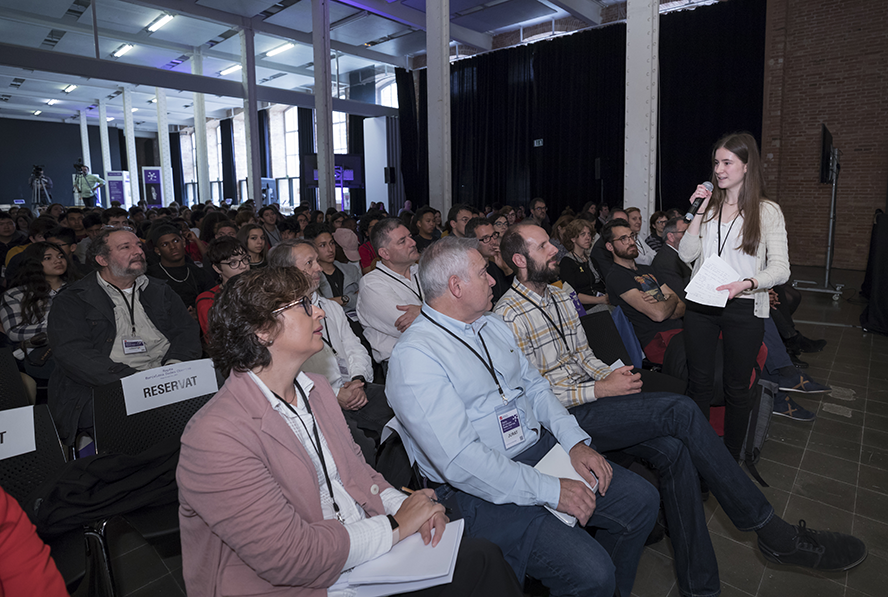 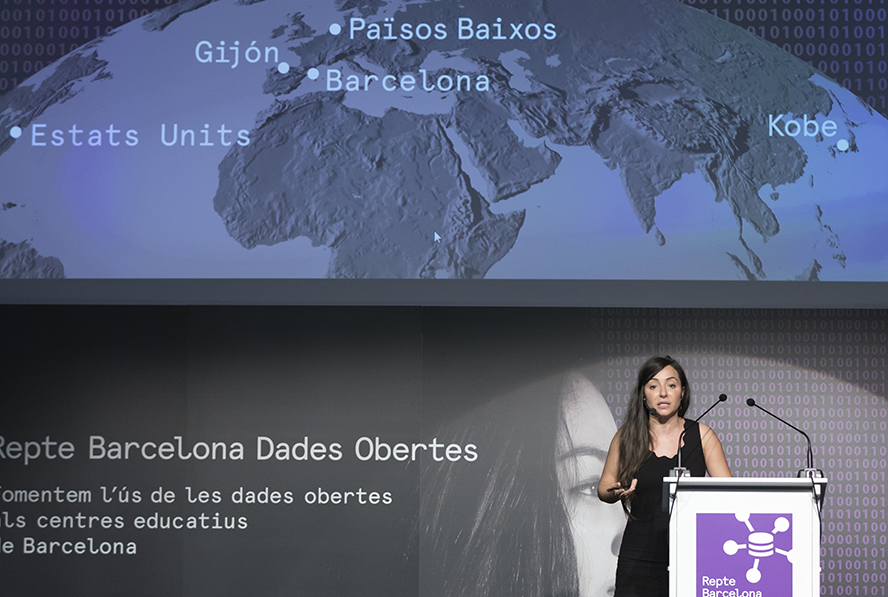 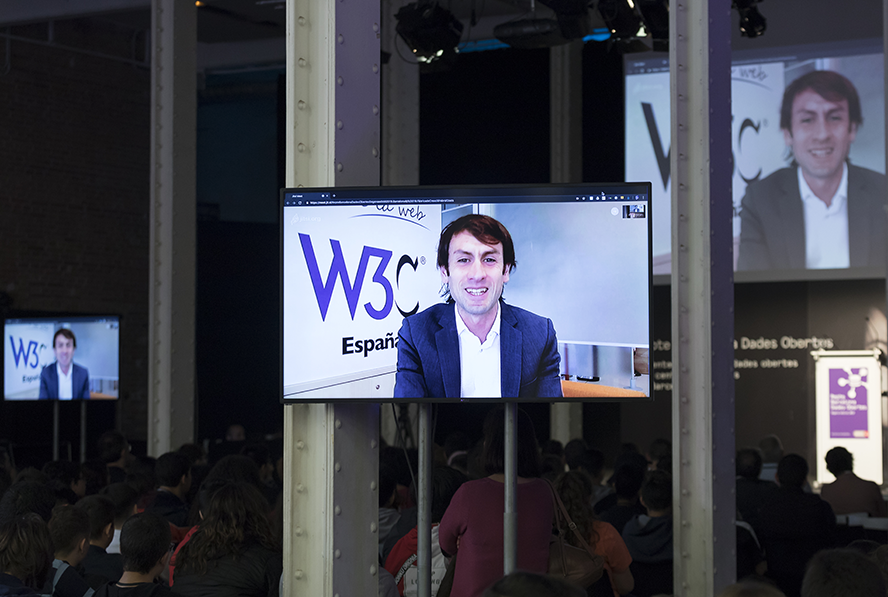 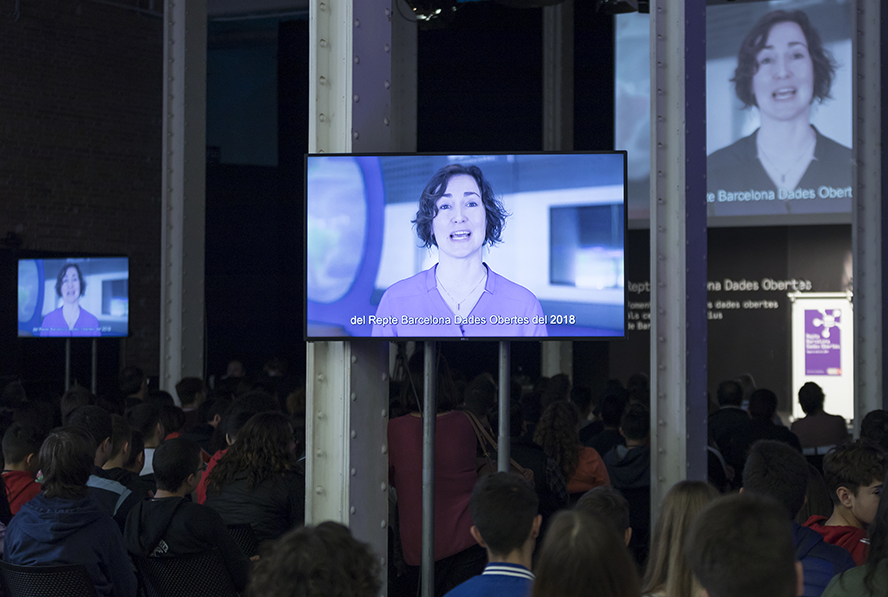 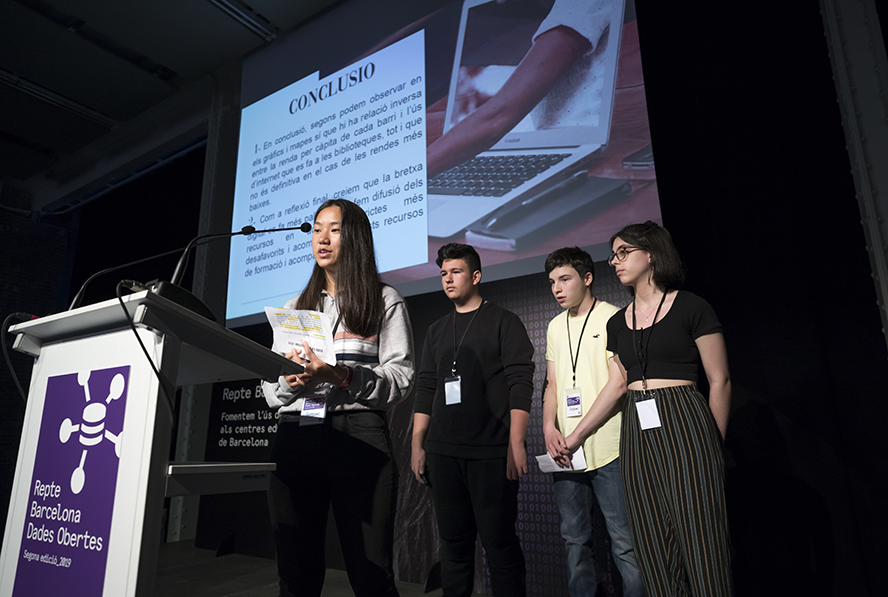 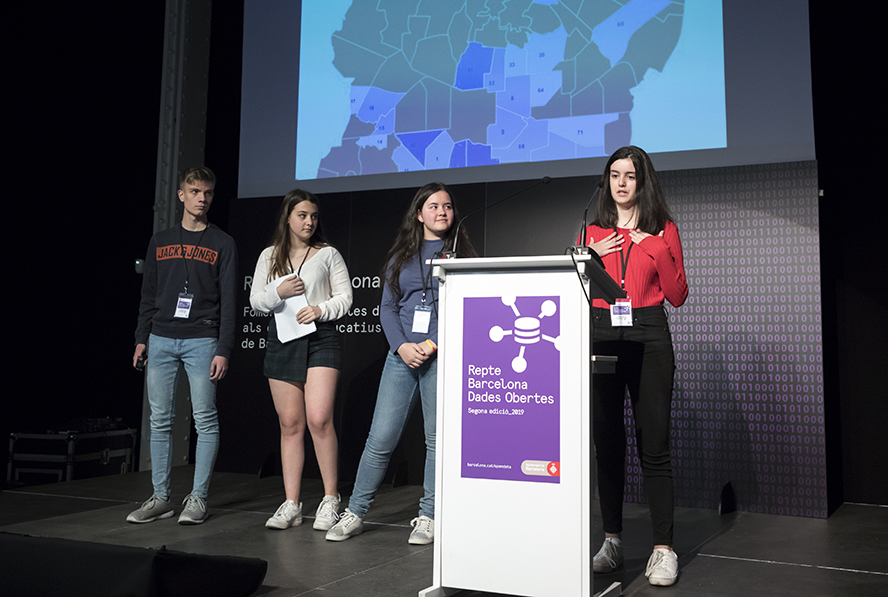 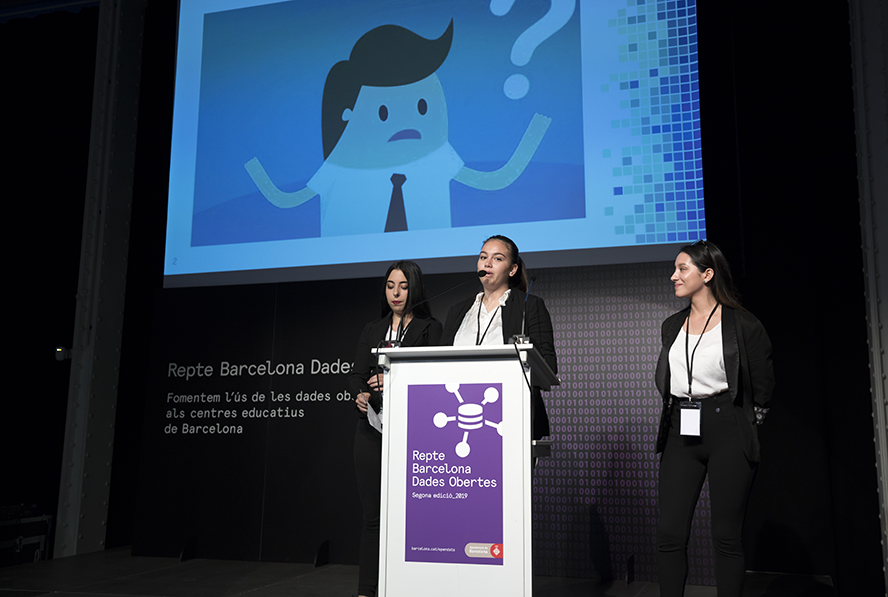 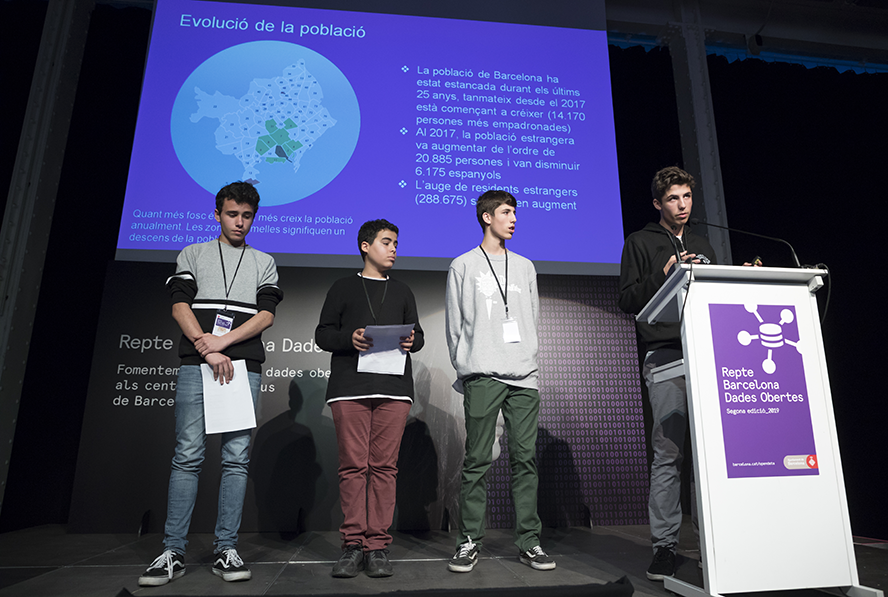 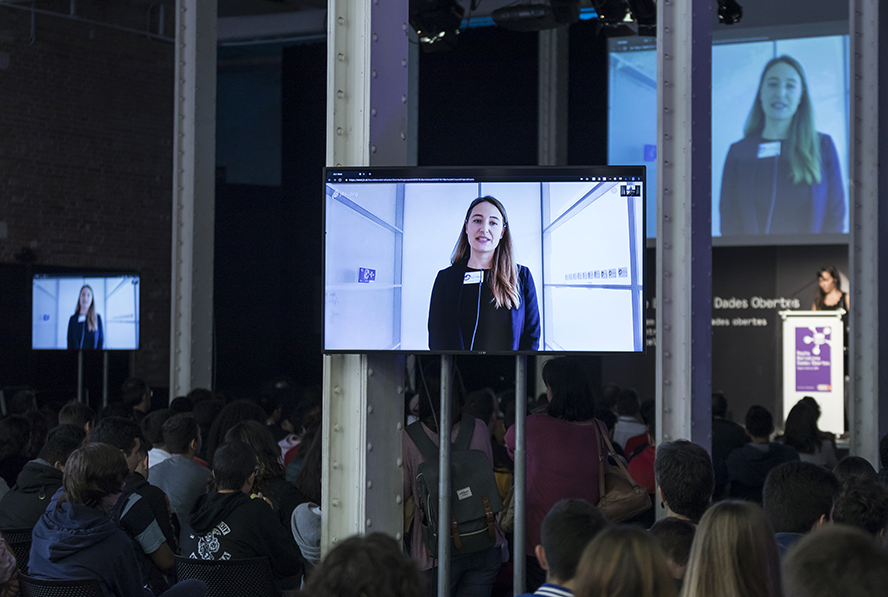 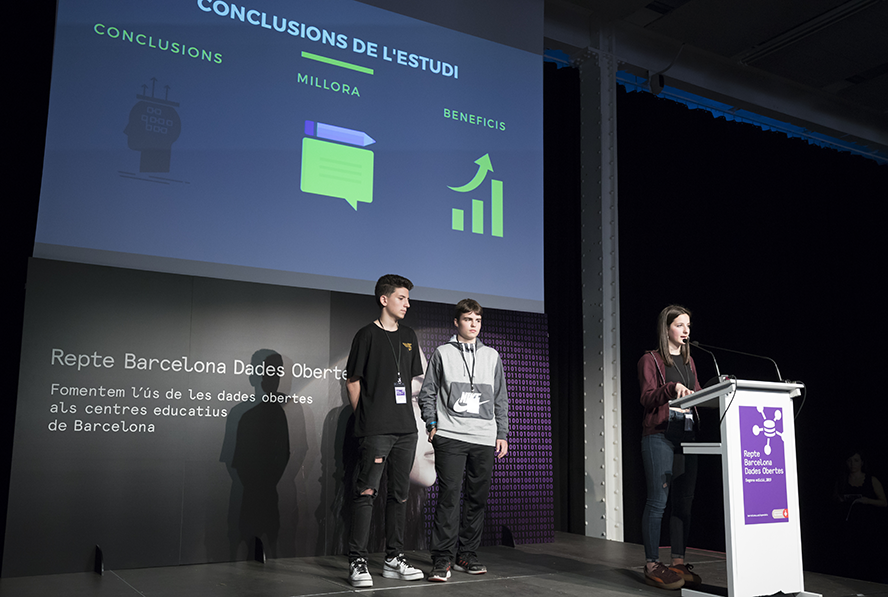 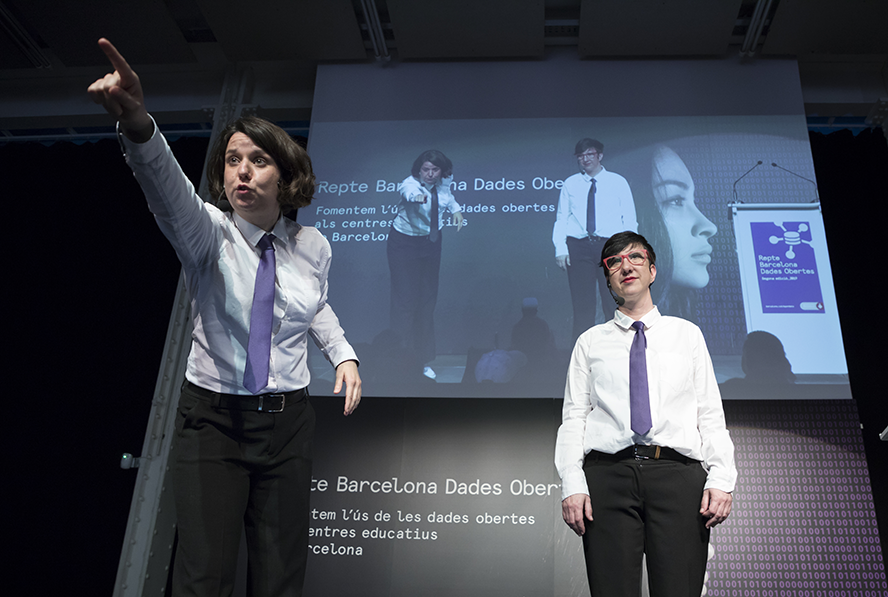 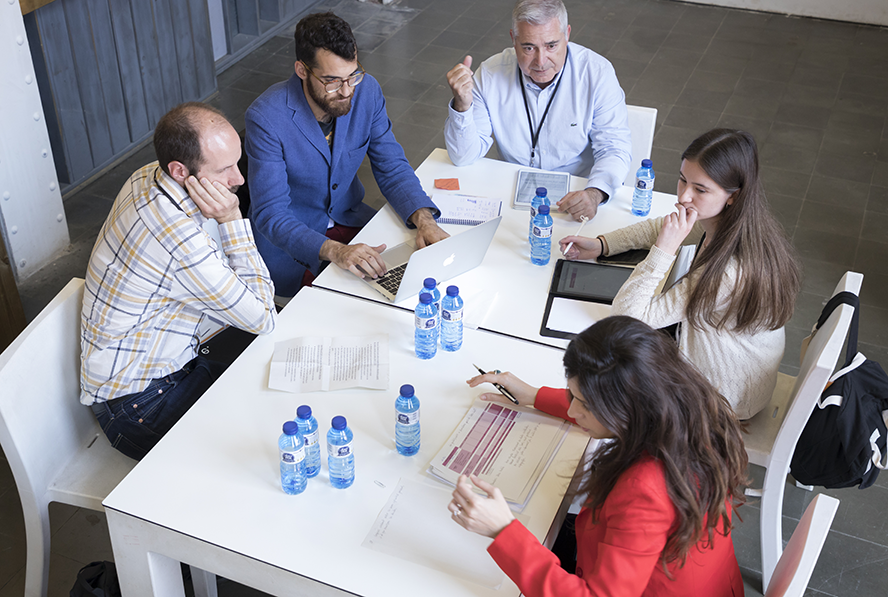 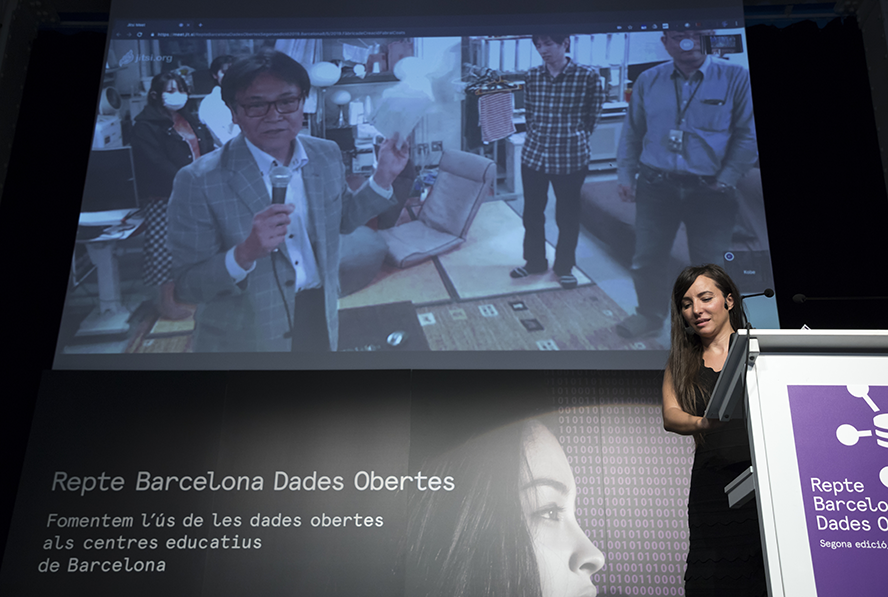 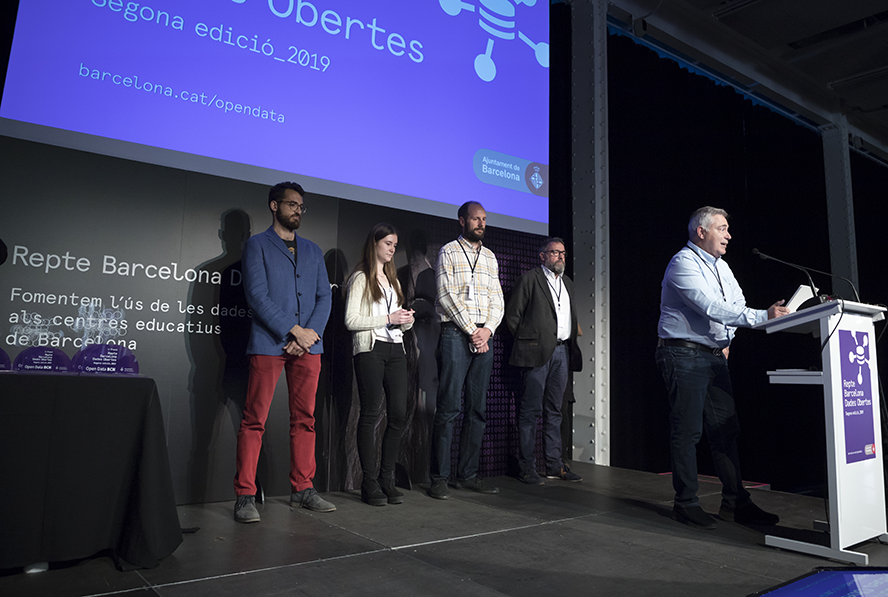 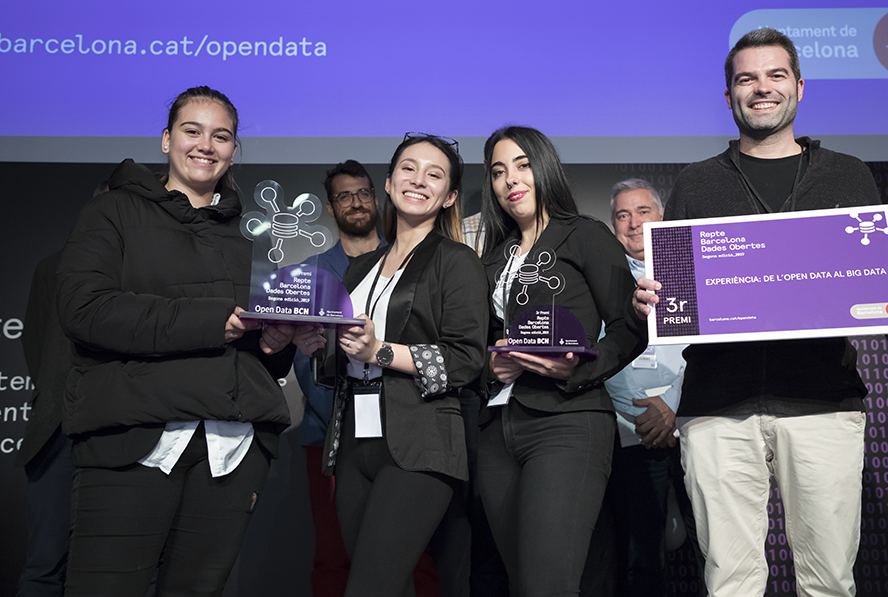 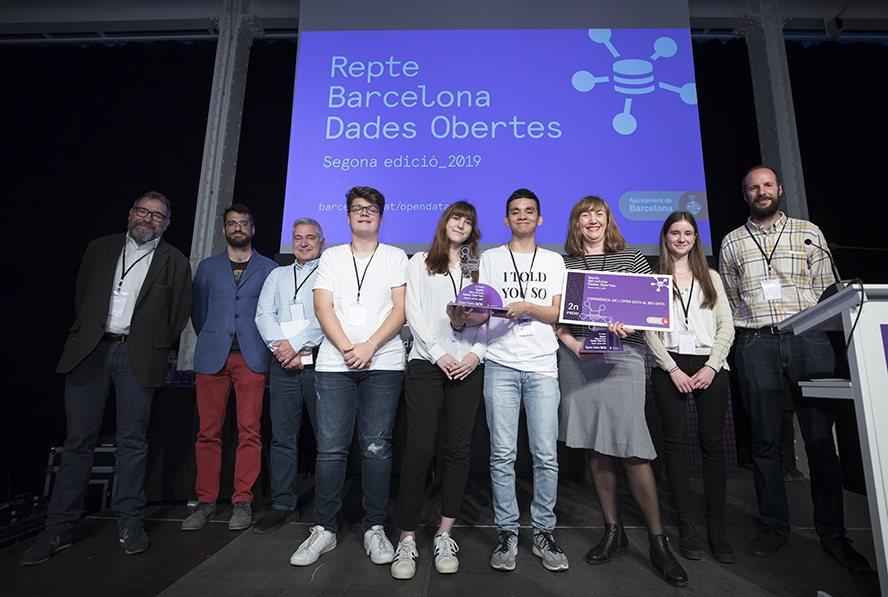 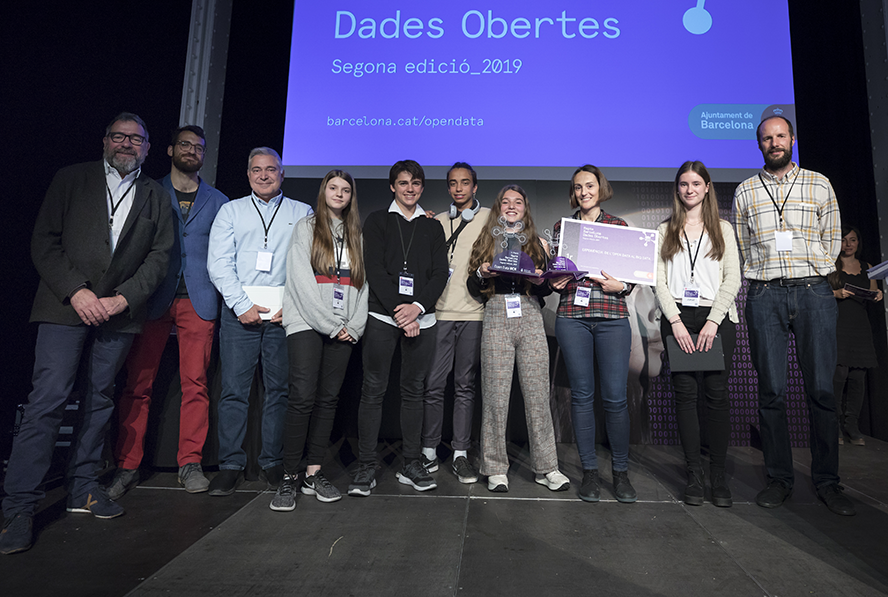 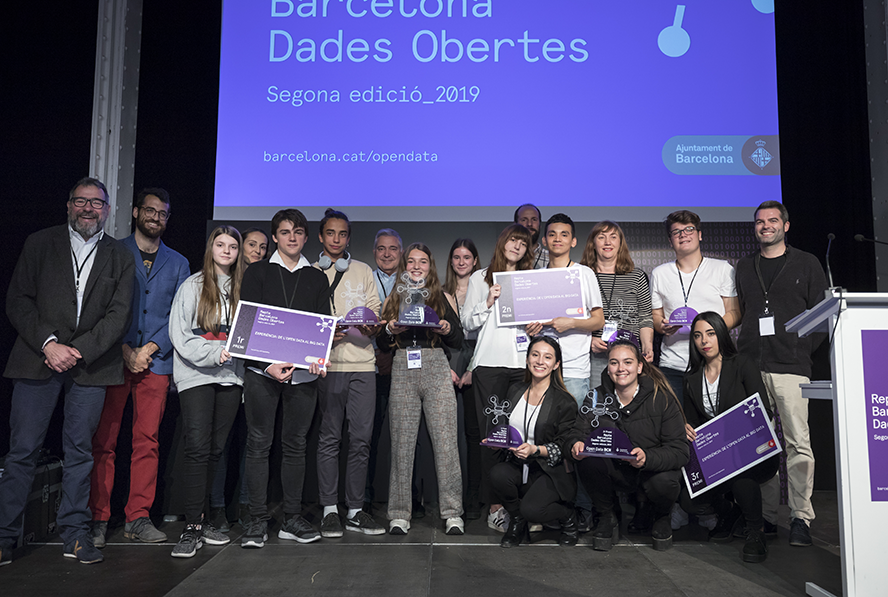 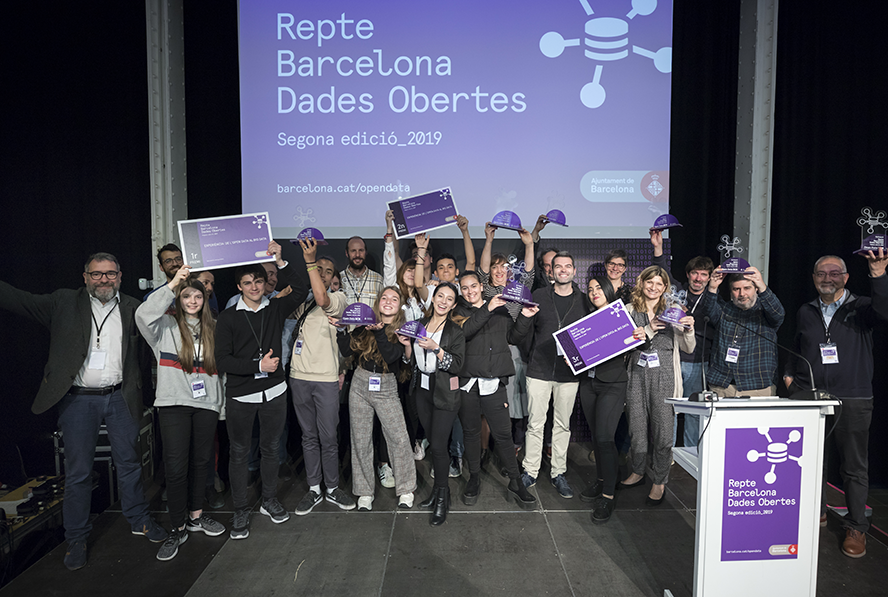 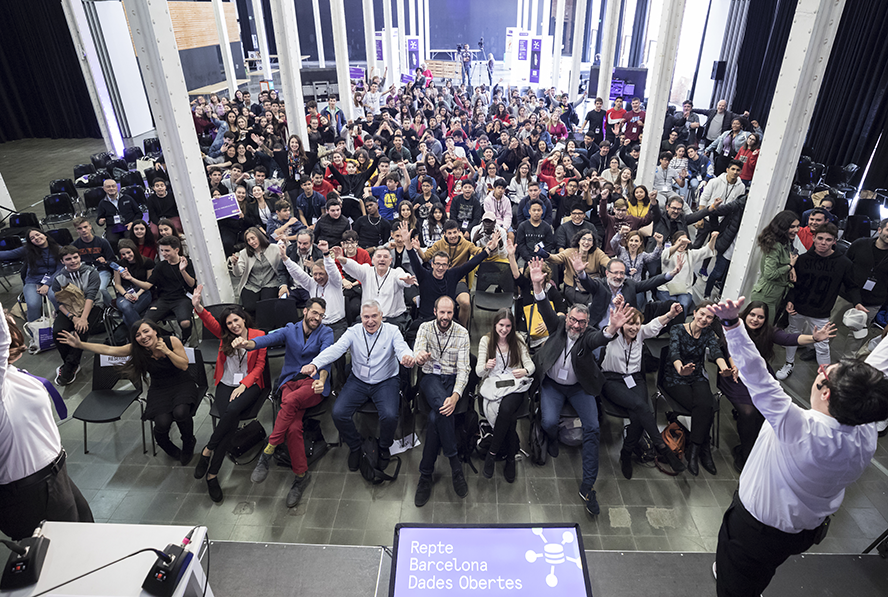