On the occasion of celebrating the 25th anniversary of the twinning agreement between Barcelona and Kobe, the two cities have jointly organized a proposal that will be shown at the Smart City Expo World Congress 2018 on November 14th.

Citizen participation and institutional transparency are the keys to the new challenge proposed by the Barcelona City Council, the World Data Viz Challenge 2018 Barcelona-Kobe. Since 2011, Barcelona has made available more than 440 datasets in the Open Data BCN portal, a pioneer in Spain. On the basis of the published data, an open process of creation of visualizations is proposed to everyone who has the skills and capabilities to understand, analyze and visualize open data.

The goal is to project the future challenges of a smart city like Barcelona. The City Council also seeks to encourage the citizens use of open data and promote the development of proposals based on their analysis. The data sovereignty happens because the citizenship is able to acquire a critical thinking towards its use.

Within the collaboration frame of the two town halls, the 10 best visualizations, selected by an expert jury, will be presented during the Smart City Expo World Congress 2018 (Barcelona, ​​from November 13 to 15) along with the finalist visualizations of Kobe.

We encourage you to participate! 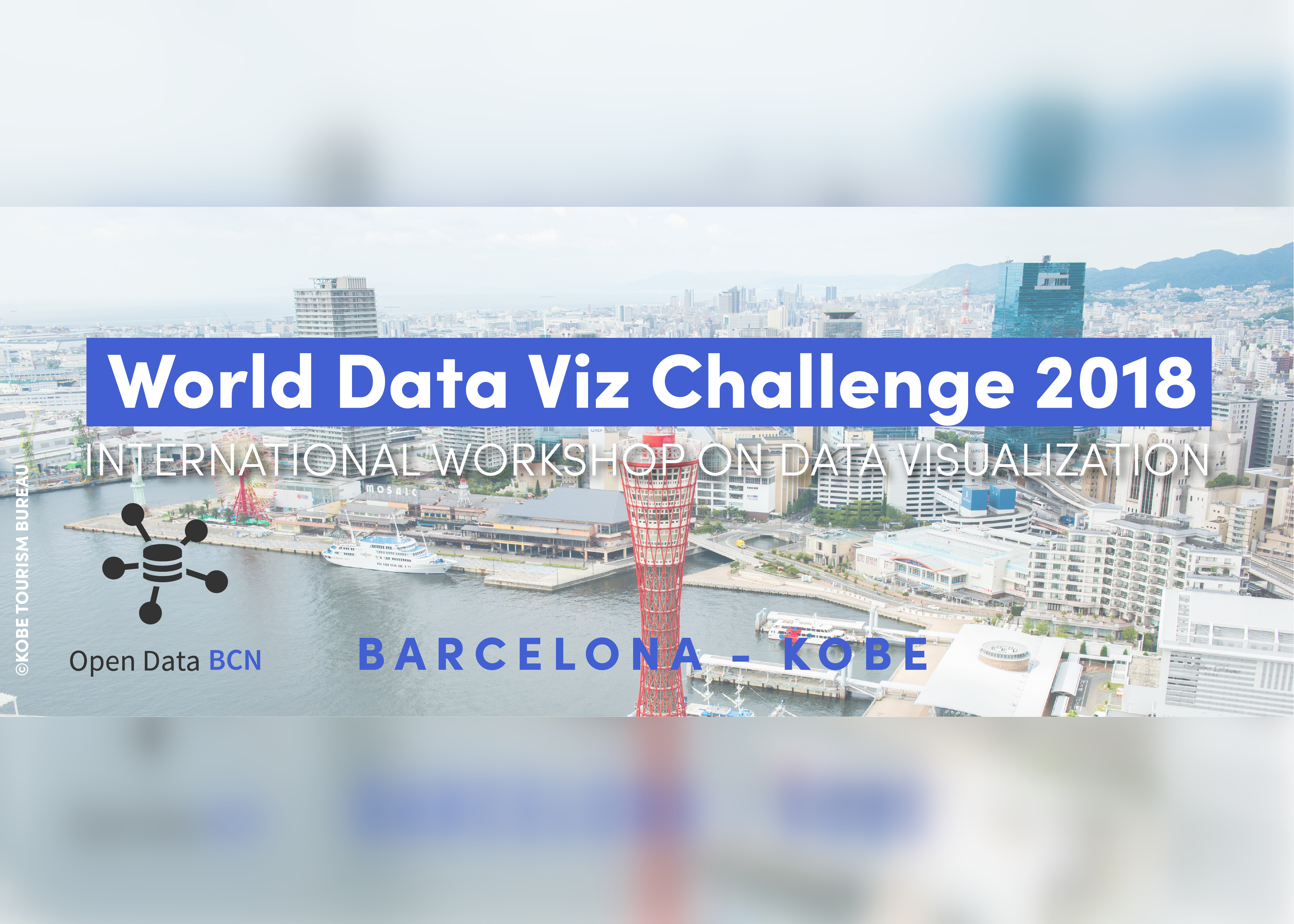