Fourth anniversary of the inauguration of the new Open Data BCN portal!

Double anniversary to share with all reusers, who can search and download the municipal management data that the Barcelona City Council publishes in the dataset catalogue.

The continuous interaction with the public, either through the Contact us or with specific sections such as Developers, as well as publishing Visualizations and Applications or encouraging us to improve our city with contests such as the Barcelona Dades Obertes Challenge and World Data Viz Challenge Barcelona-Kobe are part of the objective and interest of this service.

Congratulations Open Data BCN for these 4 (10) years at the service of citizens! 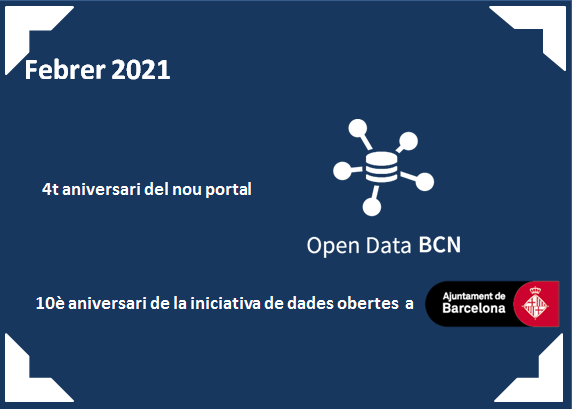