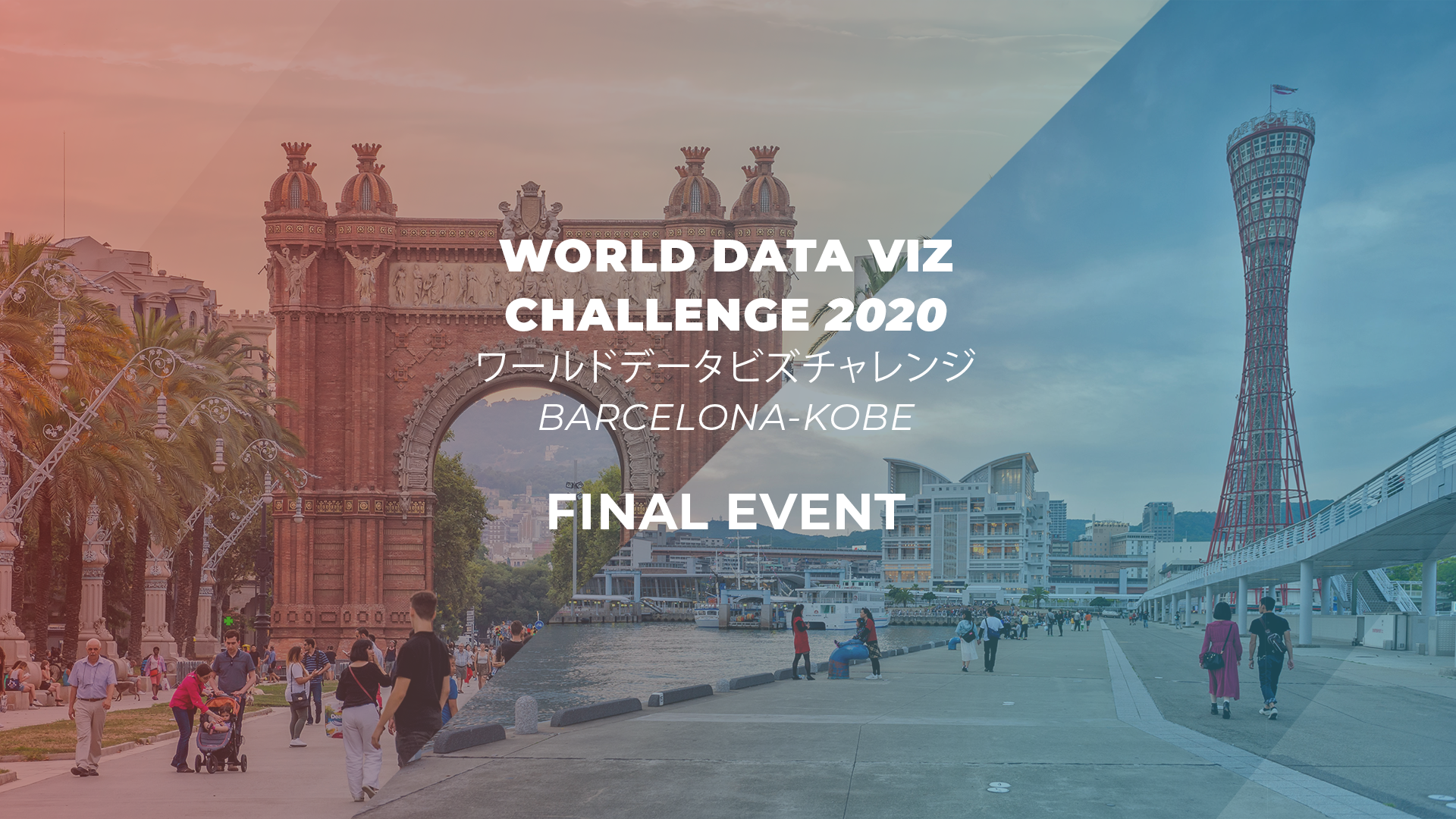 The final awards ceremony of the third edition of the World Data Viz Challenge 2020 Barcelona-Kobe took place on Thursday, December 3, 2020 in a virtual event that was broadcast live on the Youtube channel of Barcelona City Council and of Kobe City Council.

During the event, open to all citizens, the finalists from both cities, Barcelona and Kobe (Japan), presented their projects and then the winners were announced.

The visualization “Educational Level in Barcelona” submitted by the students from the Polytechnic University of Catalonia (UPC) and the Open University of Catalonia (UOC), Marina Rosell Murillo and Raúl Higueras Serrano, has been the winner of the Barcelona Award “World Data Viz Challenge 2020 Barcelona-Kobe”. Its authors have also received the Special Mention Barcelona Universities "World Data Viz Challenge 2020 Barcelona-Kobe", since it has also been the best project presented by university students. This dataviz, related to 4th Objective about Quality Education of the Sustainable Development Goals (SDGs), analyzes the relationship between the educational level of the citizens of the city of Barcelona and their socioeconomic situation and gender.

All finalist participants have received a diploma.

The event was moderated by Ms. Tere Serra i Majem, member of the Barcelona jury, and on behalf of Barcelona City Council have participated:

The city of Kobe has been represented by:

Mr. Yasushi Sato, Consul General of Japan in Barcelona, said a word of thanks and recognition to all participants.

The exceptional circumstances due to COVID-19 have not allowed a joint face-to-face celebration as would have been desired, but all attendees have been able to do networking, share impressions and experiences through the Facebook group “WDVC 2020 Barcelona-Kobe Networking Corner”.

Here you can check the winning projects and the finalists from Barcelona and aquí, from Kobe.

You can see the finalist and winning participants here, as well as the institutional positions attending the event. The summary video will be released soon.

And here are the videos of the event in Spanish and in Japanese.

We thank all the participants for their interest, congratulate all the finalists and the winners.

We look forward to seeing you all at the next edition of the World Data Viz Challenge 2021 Barcelona-Kobe!