A long ovation for the students of the INS Vila de Gràcia during the 5th session of "Café amb Dades", organized by the Generalitat de Catalunya, in the presentation of their project "La gentrificació als barris de Barcelona"

The welcoming words of Núria Espuny, General Director of Transparència i Dades Obertes of the Generalitat de Catalunya, have already indicated that the presentation of the Barcelona Dades Obertes Challenge directed by the Barcelona City Council in the 5th session of Cafè amb Dades of the Generalitat de Catalunya would be special. And so it has been, confirmed also by the long final applause of the attendees.

And if someone believes that you cannot work with open data at age 15, you are wrong. If possible. The students of the INS Vila de Gràcia of the city of Barcelona, Alba, Elizabeth and Sergi, winners of the Second 2019 edition of the Barcelona Dades Obertes Challenge , have presented their project La gentrificació dels barris de Barcelona before the large audience of the 5th meeting of the Cafè amb Dades.

They have clearly and directly explained the whole process they have followed to build the gentrification index using the data available on the portal Open Data BCN . Applying all the knowledge that their teacher has transmitted to them, they have analyzed a social reality that has become a problem. How to choose and obtain the data, how to treat and relate them and finally, the creation of high quality infographics to explain the conclusions.

This team of students has made it clear that if you receive training and have tools, your opinion grows in value. His tutor, Cesc Moliné, could not hide the pride he felt listening to his students who, with his presentation, endorse him in his decision and that of the center to participate in the contest despite the effort that has represented them all. p>

Mercè Fígols, who heads the organizing team of the Barcelona Dades Obertes Challenge , explained what the contest consists of, its origin and the main objective, reviewing the previous editions as well as the state and Deadlines of the current edition. You also mentioned the recognition of the project for the European cities network Eurocities , as well as the research project presented by Berta de las Cuevas, student of IES Ferran Tallada , winning center from the First edition of the Barcelona Dades Obertes Challenge. Susana Navarro, from the Consorci d'Educació de Barcelona , explained the approach to the development of the initiative in the city's school network. Oleguer Sagarra, representative of the jury of the contest and co-CEO of Dribia , a company specialized in data analytics has highlighted from its experience, the importance for companies working in this The fact that data training begins in schools. 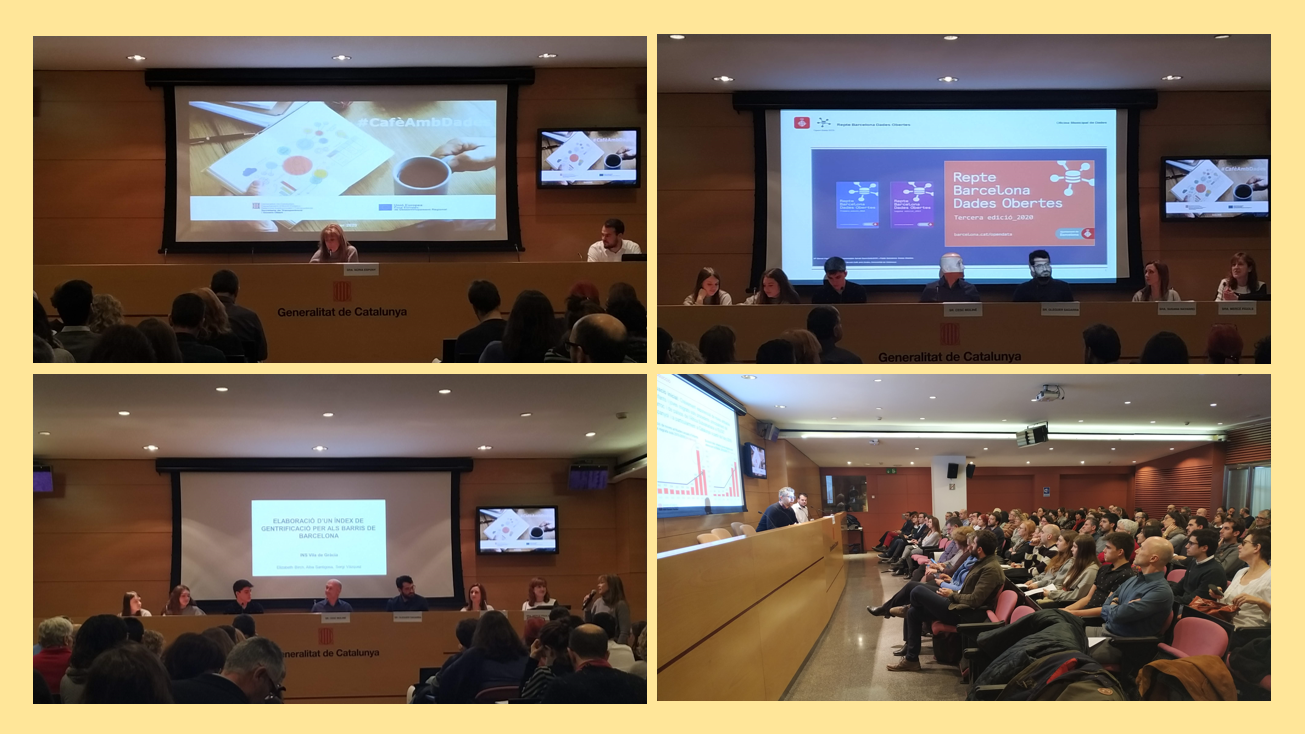