The odatabcn includes open source with customization in the catalogue’s layout and new functionalities such as: customization of the menu and the list of datasets, calculus of the number of downloads by resource and downloading of the catalogue in CSV format, among others.

The federagobes, on the other hand, generates an RDF document with the Open Data BCN catalogue according to the Technical normative of Interoperability of the information’s resources to federate the datasets to the portals: datos.gob.es and the European Data Portal. 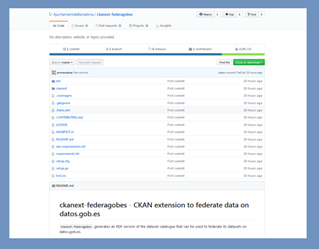